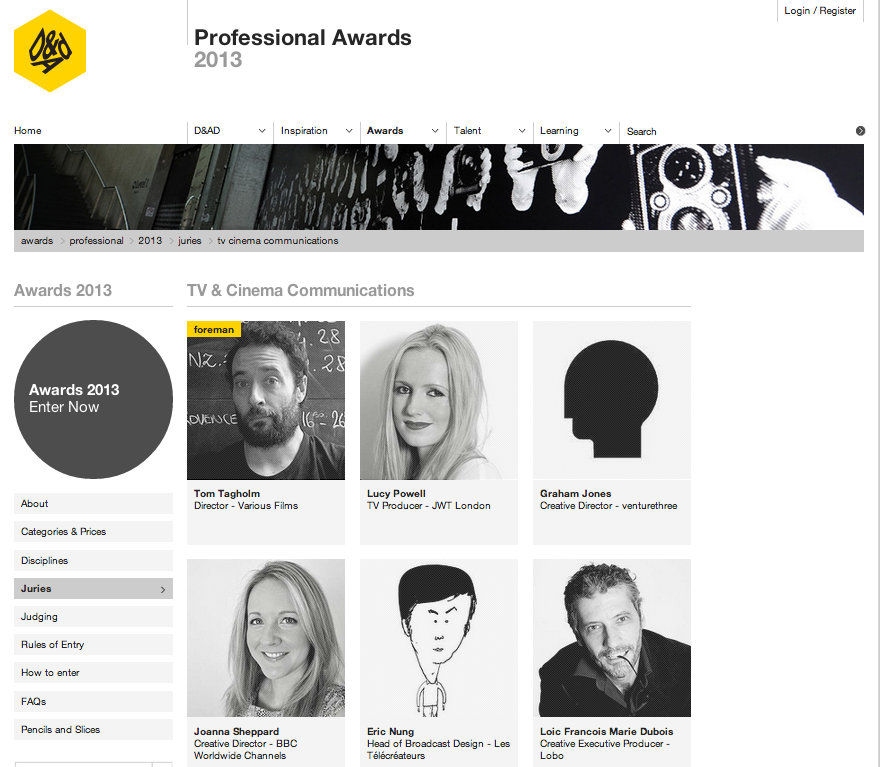 New research out today reveals that winning top creative awards is one of the most important drivers of new business, staff retention and career progression in the creative industry.

The study by D&AD polled a large sample of the most senior advertising and design executives from across the globe. The results show that nearly half of all agencies that have won a D&AD Pencil have gone onto win new business or clients in the following 12 months, which can be directly attributed to the profile gained from winning the award.

The poll found that awards success is vital in helping to build a business’ profile and reputation, with 40 per cent of those surveyed believing that winning awards was the strongest contributor for maintaining the reputation of their organisation.

Nearly three-quarters of respondents agreed that awards success can contribute to attracting and retaining new talent, with some reporting agency headcount growing by 100 per cent compared to the previous year following winning an award.

Nearly 50 per cent of respondents said that an award contributed directly to a salary increase, with some going on to see salary rises of up to 30 per cent or more – proving that winning awards is also an important factor in career development and success.

The findings come as D&AD announces the illustrious international jury for the 2013 Awards.